By Niki Litzel, Director of Development

Women are leaders in many aspects of today’s society and are gaining power and prominence. Women are earning more, becoming industry and community leaders, and are completing higher educational degrees at a greater rate than men. However, inequality still exists. According to U.S. Census data, in 2017 in Iowa, full-time female employees earned 1.34 times less than full-time male employees, a difference of nearly $15,000 a year.

The charitable giving landscape also shows inequities in regard to contributions to charities dedicated to largely women’s specific causes. According to the 2019 Women and Girls Index report by the Women’s Philanthropic Institute (WPI), just 1.6% of all charitable giving between 2012 and 2015 was received by these groups.

Thankfully today, more women are leading the charitable decision-making process, their wealth is rising, and they are making charitable investments to create change for other women and girls. As women lead the charitable charge, women’s foundations and funds, like the Community Foundation of Northeast Iowa Women’s Fund, become more popular. Women’s funds like these provide a unique opportunity for charitable women to shape the future of their communities, specifically in regard to issues affecting women and girls. Another WPI report (All In For Women & Girls, How women’s funds and foundation donors are leading through philanthropy, July 2019) found women’s fund and foundation donors:

In Black Hawk County, CFNEIA’s Women for Good program helps women who care about local issues give and impact local nonprofits serving women and girls. Women for Good members recommended more than $20,000 in grants in 2019 from the Women’s Fund. The group has granted over $120,000 from CFNEIA’s Women’s Fund since it was established in 1999 by a generous gift from local philanthropist Pauline Barrett.

Thankfully, Women for Good and the Women’s Fund are examples of the growing impact groups of women can make for women and girls in their local communities. Women’s funds provide women, who have embraced philanthropy as a method to bring about social change, a place to carry out their belief in the importance of investing in women’s and girls’ lives.

Women are increasingly stepping up for their communities and into positions as influencers and leaders. Nowhere is this more evident than in philanthropy, and women’s funds are bringing women and their charitable power together to make an impact through investment, especially in effective nonprofits serving women and girls and advancing issues of gender equality. 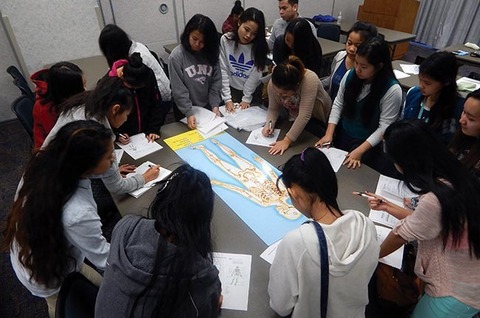